Our democratic selection process has stumbled. Just over a week to submit our initial proposal we still haven’t selected our option.

Having said that, I’ve learnt and I’ve applied the theory, so something must be working.

Option A clearly received the most votes. We liked Option A from early on; it resonated, we related to it, we all felt we could be a part of it. We leapt into excited discussion over potential opportunities and wondered why it hadn’t been done before…

Then doubt drifted in. 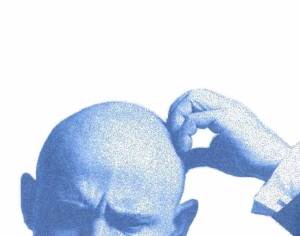 Doubt is blue and hairless

The concept just lacked something. Our discussions revealed a lack of unified thought, we all had different ways of applying the concept but no matter which way we turned, there was competition or a barrier looming. We can feel there’s something there with this concept, we just couldn’t seem to find it. There didn’t appear to be anyway for the concept to grow.

There were certainly some who had a lot of enthusiasm and then those that didn’t. It needed someone to nail down the concept into a meaningful and sculpted proposition.

We decided to take a look at the other suggestions…

We looked into the second most popular, Option B. Option B had been scratching at the inside of my skull since I read it. It worked away at me. We started to discuss it, and the more we did, the more I liked it. The more I thought ‘this is a really good idea that could really work.’

The idea grew as different members of the group chipped in – what it could do, how it would fund itself, why it would be popular. Unlike Option A, this idea became increasingly clearer and focused the more we discussed it. Not only that, I could see myself using it; I can see other people using it.

Keeping perspective was difficult; we hadn’t even decided yet. It became obvious that there was at least one person who didn’t see the value, partly because they live in a country that doesn’t experience the same problems we do in England (lucky man!).

I suggested we split into two groups of three, research both options and present the venture ideas to each other in our next meeting in two days.

I actually think this could be a good idea. It could generate some impetus through competition and it might even get the initial proposal completed early.

Does it fit the theory?

This process appears to follow the process identifies by Lumpkin et al (2004), who suggested a rather linear process for opportunity identification through to completion. We’re currently in the Development Phase. We’ve worked through Preparation, actually taking a very deliberate approach to this, mulled over a few ideas during the incubation stage, tried to identify Insight, and even ended up going back to the beginning again.

According to Lumkin et al, Insight is the stage at which innovation becomes apparent from a basic idea. This feels like what’s happened with Option B, a ‘Eureka’ moment. Next we have to just do the simple task of properly evaluate the innovation to see if it’s realistic, and then sell it. Dragon’s Den style. 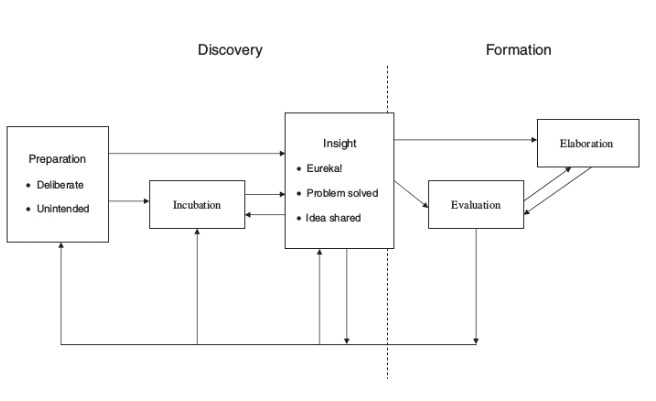 I recognise an opportunity when I see one. See? It’s on the map.

So how is the team getting on? So far pretty well I think. A little quiet perhaps, and there’s certainly a few voices that appear to be dominating a little (including me).

I get concerned about ‘groupthink’ – too much politeness, and unwilling to challenge and speak up. I feel like I can hear the trepidation in the silence. I find myself being the counterbalance, the questioner. It’s a little difficult to question others.

The important bit now will be to keep an open mind and not get too parochial, that goes for me too. So far though, I think we’re all pretty open minded.

I don’t know how we are doing compared to other entrepreneurial teams, I always imagine them to have a strong leader, but so we seem a little quiet – to start with anyway. It can take a little while to warm up but there are a couple of dominating voices (including me).

What have I learnt about entrepreneurialism this week?

Other articles in this series of entrepreneurial theory in practice

One thought on “Entrepreneurial Diary – Week 2 – Opportunity Theory in Practice”

This site uses Akismet to reduce spam. Learn how your comment data is processed.